Search here for a wide range of Veteran Owned and Veteran Services businesses and products.

Reflections from Steve White, CoFounder of the VBN

Second in a series.

This Veterans Day will be different than any of the previous ones and so will the Parade in NYC.

I moved from a small town on eastern Long Island (Suffolk County) to SW Florida a little over a year ago. Although I am thoroughly enjoying it down here but I really miss some of my buddies and one group in particular.

Even though I lived out on the Island I spent a great deal of time working in NYC and I was proud to be part of what started as the Vietnam Vets Wall Street Holiday lunch.

The Veteran Connection on Display

In my Veterans Day #2 blog I talked about missing my Vietnam Vet buddies and our quarterly lunches in NYC due to my I move to Florida. Since I wrote that I was contacted by one of those friends, Dennis Starr, President of Razamataz Events and long-time member of the VBN. He mentioned a project he was working on with another veteran buddy, Stu Richel.

Stu served in Vietnam in 1969 as a combat photographer with the First Infantry Division or Big Red One as we called them due to their patch. A few years ago Stu wrote and produced his own one man show about Vietnam that played off Broadway.

As things sometime evolve, Stu was thinking about creating a film based on his play, mentioned it to Dennis, who just happened to know a film maker and the next thing I know is that it has been produced they sent me a trailer.

They are now shopping for buyers so if any of you have any good connections let me know. Steve White

Here is the link to the promo trailer of Stu Richel's one man show that we filmed. 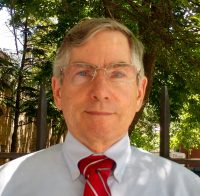 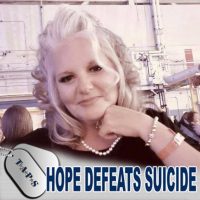 Join today to experience a one-of-a-kind network that could help you get a leg up in today’s business world.

Serving veterans nationally from our offices in Lakewood, Colorado, 80235