Welcome aboard all you new Subscribers!

I really appreciate all y'all's patience. I chose Thanksgiving for the release date for a reason, which you will understand when you read page one. The book was finished several weeks ago, even the audiobook narration and production. I could have moved up the release date but I think you'll understand the reasoning why I didn't. Plus, I've put together a scedule that I'm sticking to. I have to get back to writing stories on a regular basis, now that my tenure as NINC president is all but over.

Yes, the cover looks cold and uninviting. No, a cocaine truck didn't turn over on the beach--that's snow. That cover scene would be uncomfortable for me; I'm a Florida boy. But that doesn't mean I'm a stranger to it. Nor is Jesse. This is a part of Jesse y'all have never seen, so I hope you'll like it.

I'm into chapter five of Rising Thunder, which will be released on April 20th. This one starts off with Jesse helping a fellow operator in Mexico, then moves on to the main plot in Belize, once he sails on with a couple of stowaways. The first scene is my rewrite of a scene that Jesse and Charity appear in, in my friend Evan Graver's upcoming Dark Fury, the 6th in his Ryan Weller Thriller series.

Last week, my wife, youngest daughter, and I spent the night aboard Write of Passage. We'd intended to grill steaks on the new Magma boat grill, but Mother Nature put a damper on that. At sunset, a cold north wind was howling straight across the marsh, broadside to the boat. It was 42°, with a wind-chill near freezing. And did I mention it was raining? I can bundle up against the cold long enough to grill steaks; I'd once spent two weeks in cold weather survival training in Fort Drum, NY. I can throw on a poncho and grill in the rain; the poncho's to keep the clothes dry, humans are water-proof. But cold and rain is a challenge. So was keeping a gas grill lit in a 30 knot crosswind. Fortunately, Dockside Restaurant is only steps away from the marina and a Marines know how to improvise and adapt to changing conditions. We had our steaks. Back aboard Write of Passage, though it was a gale wind outside with slanting rain, we had Trop Rock on the stereo, played cards, and read in complete comfort, then crawled under the blankets for a good night's sleep. 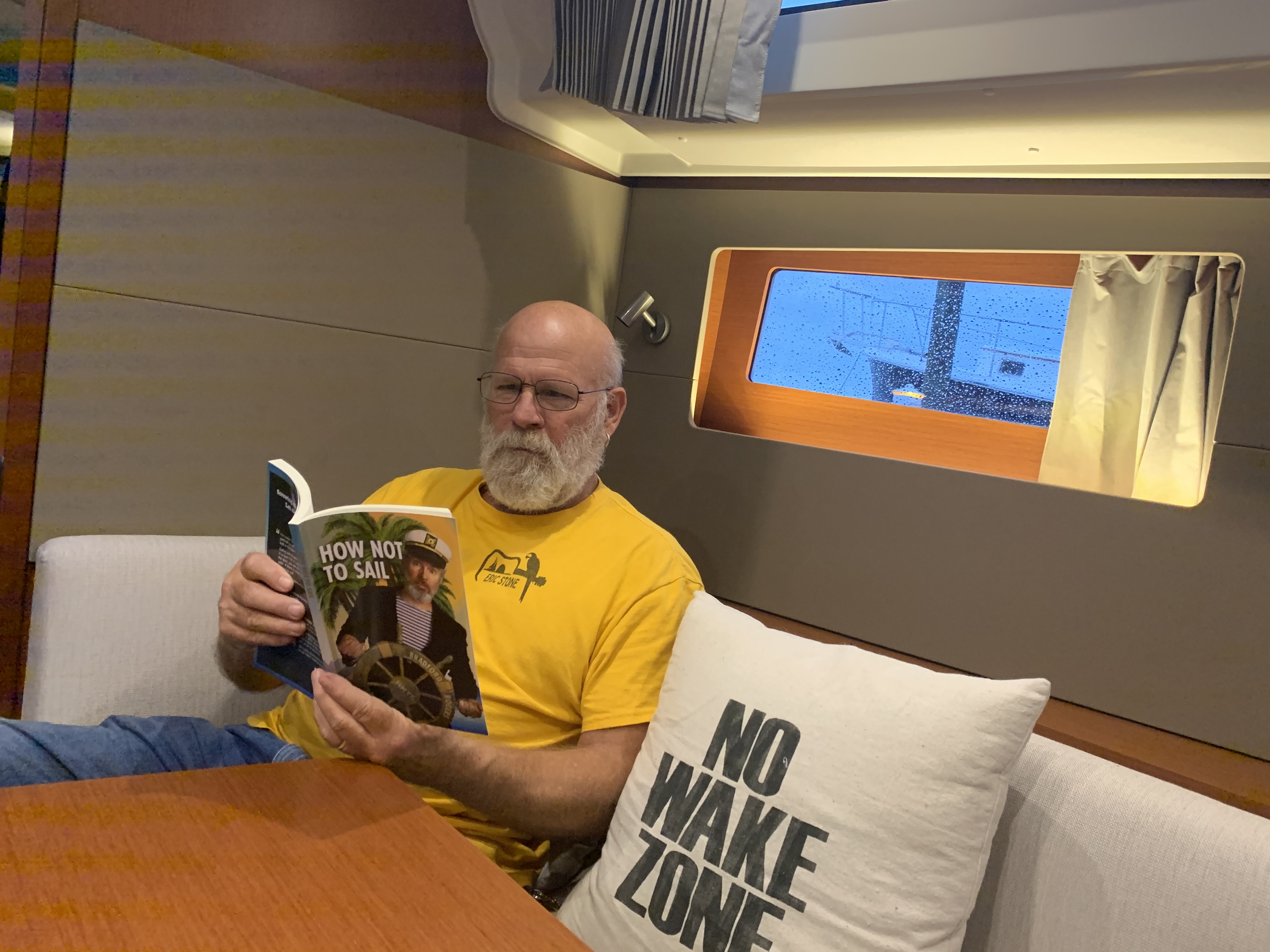